Is it really four years since I last visited the Iron Age hill fort Warham Camp near Wells-next-the-Sea up on the Norfolk coast?  Apparently so.  This is the best preserved site of this period in the County and was probably home to an Iceni tribe.  Who knows, even the legendary, fearsome, warrior queen Boudica may have walked here before going off to kick some Roman bottoms, started well, didn’t end well.  All’s peaceful now, well apart from the constant roar of fighter jets overhead.  Just practicing in case the lovely Mr P decides to widen his horizons even further.

The fort is now home to Norfolk’s only colony of the delightful Chalkhill Blue butterfly (Polyommatus coridon) which were introduced here some years ago, not the done thing you know tut tut.  As I left the lane to cross the field to the ramparts I noticed a few Chalkhills fluttering about.  “that’s odd” I thought “never seen them here before”.  When I climbed the outer ring ditch it became apparent why, I have never seen so many!  The ground was shimmering with hundreds of the silvery blue males.

There were so many I could pick and chose which I wanted to photograph.  In the past I’ve not managed to get them nectaring way off the ground.  So I watched the best Scabious and Knapweed and waited ’till one alighted and hopefully open their wings (they were not always keen on the last part!) 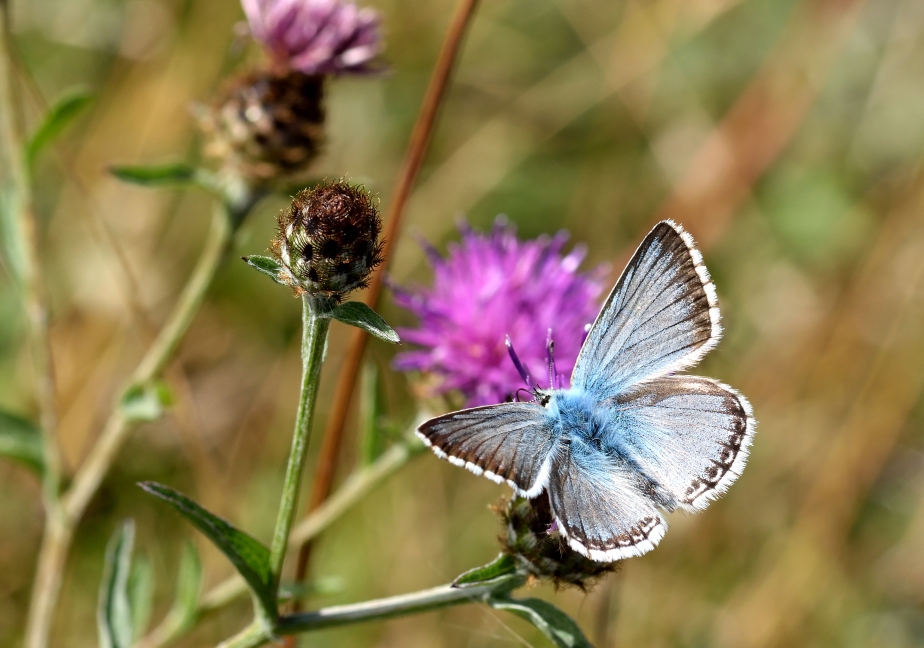 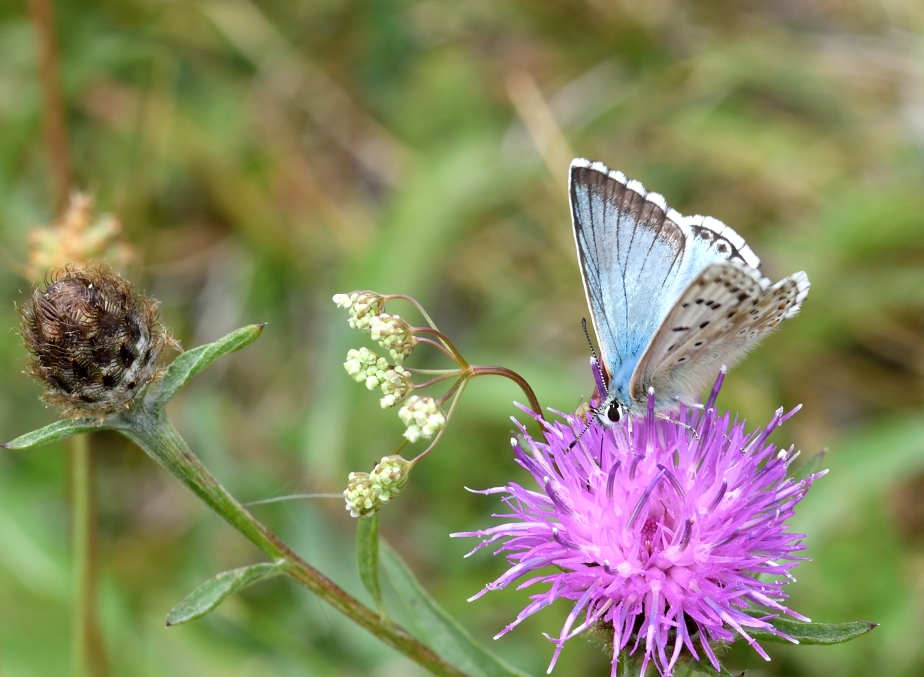 The females were less numerous.  Mind you with that many amorous males about they did well to keep their heads down!  Like several other of the ‘blues’ family the females are brown on the upper wing with variable orange lunules on the outer edge.  The under wing is also browner in hue.

All in all a rather good day out!  In total I saw 18 species of butterfly.  Better not leave it quite so long before my next visit but I can chalk this one off for this year.

40 thoughts on “Chalk That One Off”

Some Blogs I Follow Why Not Check Them Out

Follow Butterflies To Dragsters on WordPress.com
My Nature Years 2021/22

Birds and all things nature

Meeting people and wildlife during travelling adventures around the world.

Ramblings of an old Farrier

Photography can help to increase the respect for our environment.

A site reminiscing on the glory days of drag racing and hot rodding culture, the history of our sport and keeping old school traditions alive in the 21st Century.

Learning about Photography, Butterflies and the White Rainbow

In the Valleys and Downland of Wiltshire

Yeah, it's work, but it's less work than grass and far more interesting.